‘Does my sexiness upset you?

Does it come as a surprise?

At the meeting of my thighs?’

I have, for much of my life got attention for the way that I dress. To some degree, this continues today.  I love clothes. This is no secret. I love playing with what the different fabrics, colour and styles can do to the female body form and correspondingly to our psyche and sense of self. I have for long treasured the fantasy of designing clothes. Maybe someday… I learnt quite early and by accident, that there was much power in beauty and in elegance. My days in high school, even during teachers’ meetings were filled with conversations about the clothes I wore. On one occasion, the teachers’ feedback I received from the class representative about my academic performance was: ‘they said you think you’re on the runway’. That had been the only information provided to me about how to improve my grades on this particular term.

Even as a fourteen or fifteen year old, I knew there was something both fascinating and disturbing at play here. Something being contested. There was certainly violence and objectification in the interest so many white adults, primarily females, were paying to my body. But, I could not articulate what is was. Nothing I wore was extravagant. I have never got in trouble for wearing clothes which were deemed too ‘provocative’ or otherwise inappropriate, for example (French schools are non-uniformed generally). I think I just dressed beautifully. Even as a teenager -yes, I am going to say so myself.  And, that this went against expectations. Although I was an unremarkable student on balance, I did well in philosophy and literature and, excelled in English. But this did not capture the imagination the way the dresses I wore did.

The socio-political and historical context

It is interesting to look back at these memories through intersectional lenses and to relate them to the colonial gaze. My high school years were in the late nineties, in the banlieue of Paris. A time and place where many people felt challenged in their identity. Where new generations of French people of colour were starting to assert themselves, demanding space and visibility. This was a time when the social order was much more racialised with migrants and people of colour, by and large, confined to the poverty ridden banlieues and viewed as second class citizen, if at all citizens. And though to date, still, the notion of Black elegance/beauty continues to be controversial, it would have been much more of a challenge to social hierarchies then, particularly in a country that holds elegance and sophistication quite dear to its national national sense of self.

Colonial discourses and its associated voyeuristic fantasised representations of the Other have long promoted the consumption, devaluation and denigration of the black body. Their white supremacist and capitalist agenda spread the view that white people were superior (more intelligent, more socially adept, more civilised, & generally more sophisticated) than ‘indigenous’ populations. The promotion of white-cis-hetero-patriarchy has been central to the binary construction of femininity with, on opposite poles of the ideology, purity, grace and beauty arbitrarily accorded to white women and at the other extreme end, depravity, bestiality, androgyny fixed onto constructions of black womanhood. The ante-femininity. And, of course, conceptualisations of femininity only arose out of the need to assert (toxic) masculinity and manhood and to reinforce white men’s power.

Colonialism is directly engaged here. We are essentially talking about dynamics which occurred during the migration and settlement of populations from former French colonies and their children. The arrival of the colonial Other…Though colonial ideologies may seem absurd to most of us today, their legacy can still be felt. Constructions of beauty and femininity are intrinsically linked and, such constructions have always been central to systems of domination and marginalisation. They are strongly linked to privilege and can facilitate or deny access to structures of power. It is not coincidental that ‘low rank’ women (and people more generally) have been socially constructed as less beautiful, graceful and that correspondingly, elegance and style have for long been characteristics reserved for the more socially powerful groups.

Beauty as the ultimate resistance?

And so, the alleged lack of femininity of disabled women, Trans women, poor women, elderly women and women of colour continues to be used to dehumanise and marginalise. Watch how, for example, women with the above identities and who challenge implicit notions of ugliness eg. Beyoncé and Caitlyn Jenner, are acclaimed or over-consumed. Marginalised women reclaiming beauty may be dismissed as vain, self-centred or as manifestation of internalised oppression by those whose appearance more closely resemble Eurocentric beauty standards and who are privileged enough to see themselves represented and in mainstream media, folklore, literary, artistic manifestations and outlets. Such analyses are nevertheless reductionist. Black scholars including Maya Angelou have written about the importance of style and beauty as means of defiance and self-actualisation.

In Still I rise, she powerfully articulates her capacity to connect with her beauty and her eroticism. Qualities which despite violent erasure attempts, remain.  Maya Angelou evokes the misogyny and racism, contemporarily and historically, that she and generations of Black women before her, have endured. Yet her poem is one of triumph: they have survived. Indeed, not only have we survived, we are thriving and gaining strength, beauty and power not despite but because of racial adversity. Though this may challenge common wisdom around the hierachisation and posited pyramids of human needs, there is a long history of marginalised people seeking affirmation through beauty. Black artists and others, for example have used fashion and style as means to resist oppression, for centuries. From the slaves who took particular pride in their appearance and beauty by dressing in their Sunday best, to the dandies of the Harlem Renaissance and the Sapeurs, of central Africa during and after colonisation.

These efforts were never simply about vanity, narcissism or emulating the master. They have always been about politics, about challenging colonial narratives about self-affirmation and self-definition. I have recently heard about the work of a human right activist who described how Muslim women in war torn Bosnia used beauty to resist war.  Wearing lipstick during the conflict had become a way for them to assert their humanity. This activist recounted the story of such a woman who had spoken about how important it was for her to die beautiful and that if she was to be killed by a sniper, she wanted her killer to know that he was putting to death a beautiful woman. Few domains exist where marginalised women can feel valued and take control of how they are represented. The subornation of our needs is socially expected and as part of that, self-negation and self-hatred are viewed as standard.

Marginalised women are bombarded with messages that explicitly or implicitly state that they have little to no value and that they are worthless.  This breeds feelings of helplessness and resignation in the face of injustice and, thus serves the status-quo.  To love oneself as a Black woman is ‘to love blackness’. This, according many theorists including bell hooks, is dangerous and threatening in a white supremacist culture.  bell hooks refers to self-love for Black women as a ‘serious breach in the fabric of the social order’. The ultimate power for any marginalised woman and indeed any woman of colour may accordingly be to reclaim beauty. Doing so has always been central to liberation praxes. It buffers the impact of racial injustices and of marginalisation. At its most fundamental, caring about the way we look, is caring about our body and by extension, our life. It is rejecting notions of inferiority and inadequacy. It is proclaiming I believe I am entitled to love and thus, to justice and equality. It is quietly saying I am a human being. Like you.  Perhaps, this is what so many, have a hard time accepting. 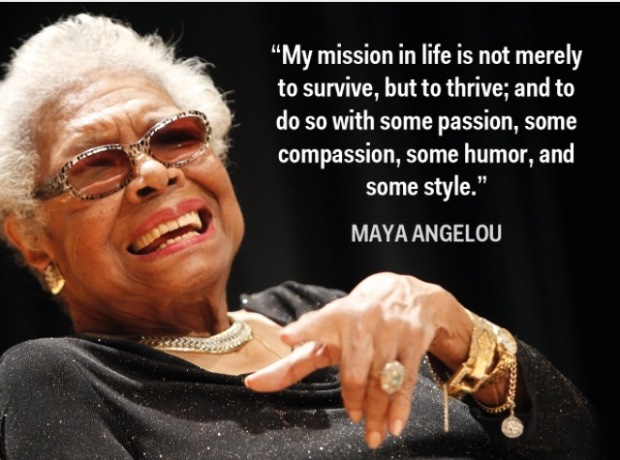 Thank you for reading.

If you have found this article useful or interesting, please spread the word.

All work published on Race Reflections is the intellectual property of its writers. Please do not reproduce, republish or repost any content from this site without express written permission from Race Reflections. If you wish to repost this article, please see the contact section for further details.